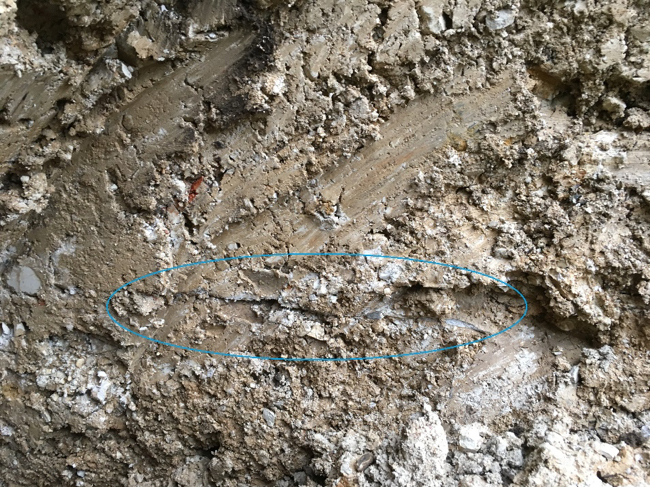 The final stages of construction of a dream home, on a previously developed site, turn into a potential nightmare at the last hour, when asbestos was found during routine validation works. Sustainable remediation saved time, money and emissions. Ground & Water accepted this may have been overlooked and pulled out all the stops to find a fast and cost effective method for remediation.

Ground & Water’s client was a private individual wanting to live in their newly constructed dream home.

While performing the Topsoil validation, small quantities of cement-bound asbestos fragments could be seen just below the placed Topsoil in an area of the site. Following delineation of the affected area through additional trial pits, the client decided that rather than remove the affected soils from site, these could be remediated in–situ based on an agreed Method Statement.

Having previously performed ground investigation and contamination assessment works on the site in Northeast Hampshire prior to construction, Ground & Water was approached by its client to undertake validation works prior to the client taking over their new property. However, the validation revealed there was cement-bound asbestos present beneath placed Topsoil in areas of soft landscaping. This raised the possibility that the contamination was more extensive, potentially delaying the move-in date and adding significant extra cost. A quick and cost-effective method of remediation had to be found.

Remediation was achieved by Non-licensed Asbestos Remediation trained Ground & Water Engineers and Technicians, working with strategic partners. Following excavation of the Topsoil covering the asbestos contamination, hand-picking of the cement bound materials commenced. The removed layer was stockpiled and further hand-picking was undertaken, to ensure there had been no cross contamination. This was undertaken by Ground & Water’s and strategic partners, wearing full PPE (Tyvek suits, face-fitted respirators, gloves, boots & eye protection). During the process they also actively assessed the risk of fibre release.

Following the stockpiling and hand-picking of soils, a visual inspection was carried out and representative samples were taken from both the reduced level void of the site area, the stockpiled material and the surface level immediately surrounding the site area to test for asbestos contamination. This revealed no visual evidence of asbestos containing materials in the vast majority of the void and soils excavated, with the exception of a thin band of materials at ~2.0m depth, where the site levels had been raised. 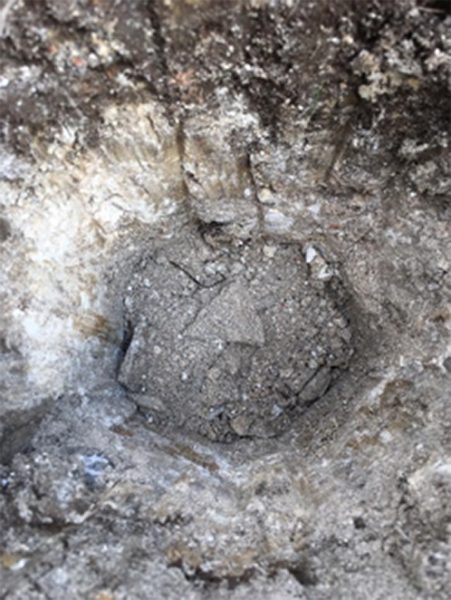 Given the depth at which these materials were encountered, beyond any zone of influence from end-users and given the end-use was a landscaped garden, it was concluded that the site area where remediation had been undertaken was now safe for its intended use.

Exercising the in-situ method of remediation kept costs and the resulting delay to the client’s move-in date to a minimum. It also significantly reduced the environmental impact by removing the need for road transport to a disposal site.