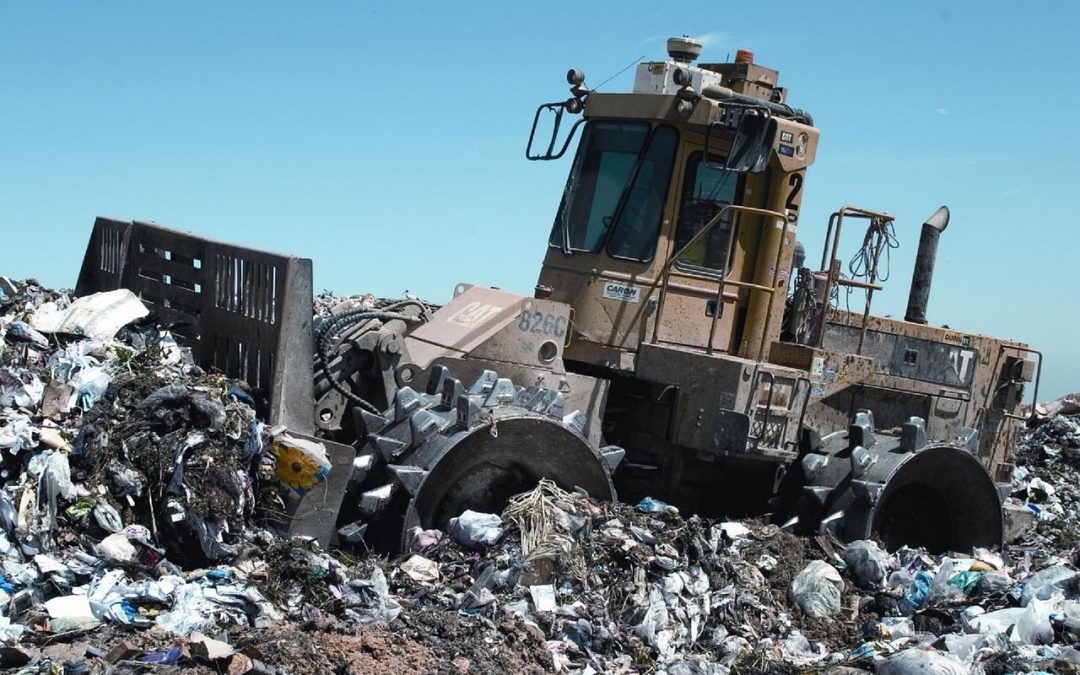 Since 1 April 2018 the standard rate of landfill tax has increased by £4.55 to £88.95 per tonne. The lower rate for qualifying materials also increased from £2.65 to £2.80 per tonne. According to the government these changes aim to support legitimate waste management businesses by creating a fairer tax system and be a deterrent to causing environmental harm by disposing of material at an unauthorised waste site.

In the year 2013/14 the Treasury generated £1.19 billion from landfill tax. Last year this fell to £874 million. These are big numbers and current guidance from Westminster, clearly indicates that for tax purposes, HMRC is scrutinising waste and waste disposal sites far more closely to ensure loads taxed correctly. After all it needs the money!

Most uncontaminated construction waste qualifies for the lower rate of tax. The guidance says that for landfill tax purposes, inspection of disposals is the responsibility of the waste site operator. The inspection should ensure that the description of the material on the waste transfer note accurately matches the material delivered to the site throughout the load. In the absence of satisfactory evidence to demonstrate that the material is liable for the lower rate, the standard rate should apply to the disposed material.

This means that every lorry load of excavated soil, road planings, crushed concrete, etc. sent to an offsite landfill, soil re-cyclers, soil treatment facilities or even onsite treatment facilities must be able to pass tests to prove it qualifies for the lower rate. If a load is found not to meet the criteria for the lower rate, the higher rate of tax could be being applied to all the waste material that is moved from that project, and fines and prosecutions are options HMRC can exercise.

The Landfill Tax (Qualifying Material) Order 2011 (SI 2011 No 1017) defines the categories of materials to which the lower rate of tax applies. The Landfill Tax (Qualifying Fines) Order 2015 (SI 2015 No 1385) makes provision for the introduction of a Loss on Ignition (LOI) test to help identify the correct landfill tax liability of waste fines – the smaller fractions of waste produced by any waste treatment process that includes an element of mechanical treatment.

The order requires landfill operators to conduct laboratory tests on a 1kg sample every 1,000 or 500 tonnes of fines received from individual processors depending on the risk rating of the producer. The test enables the operator to determine the level of non-inert material present in the sample with 10% or less being the threshold for the lower rate of landfill tax. Where the tested waste exceeds the threshold for non-inert material, the waste processor/producer will be required to pay the standard rate of landfill tax for the load and will be liable to more regular testing thereafter.

While a waste transfer note must include a clear and accurate description of the qualifying material, other documentary evidence may be used to support applying the lower rate of landfill tax. The government says, what is reasonable evidence will depend on the individual circumstances. Waste producers can supply documentation relating to the source and nature of the material. They may also be required, under environmental legislation, to test material themselves. Such tests may include testing forming part of basic characterisation, dissolved organic carbon, total organic carbon, and loss on ignition (LOI).

Landfill tax has become a hot topic and deliberate or inadvertent avoidance carries severe penalties, especially if it involves hundreds or thousands of tonnes of waste material. Ground & Water regularly produces waste acceptance protocol reports for clients. This involves certification to state whether the waste is inert or not, methods of testing and quantities. We would recommend that rather than risk being caught out by a random test at the waste site, potentially costing £thousands in standard rate tax, cost effective on-site testing prior to disposal is the sensible option.