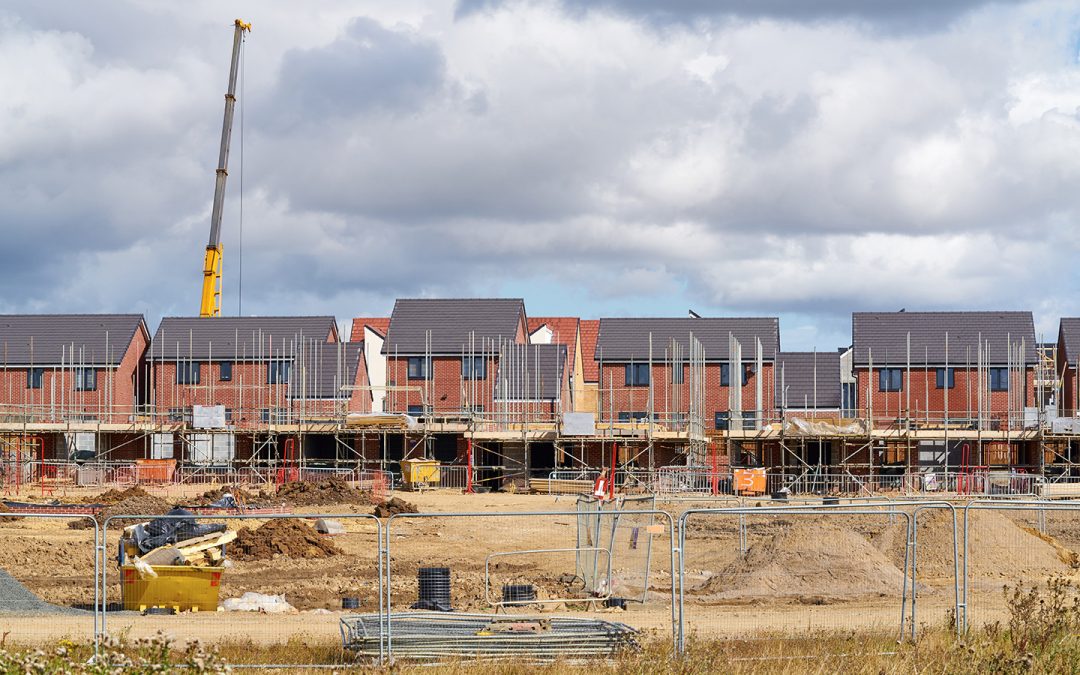 Keeping up with developments relating to planning conditions and policy is something we place great importance on at Ground & Water.

In addition to reviewing revisions of official policy documents and guidance from the Ministry for Housing, Communities and Local Government and DEFRA, we also keep a close eye on dialogue generated by our industry colleagues. Over the last few months there has been an active debate around problems experienced by some local authority planning departments, particularly the imposition of planning conditions.

One recent discussion alleged that a planning department in the East Midlands was trying to stop the use of contaminated land conditions on the basis that contaminated land is covered by the building regulations.

Another highlighted a case, albeit some years ago, where residents pursued a successful complaint against East Cambridgeshire District Council for the way it had dealt with the planning application which led to the development of their homes. The development was on the site of a former gas works. The residents claimed that the council failed to put planning conditions in place to ensure the land was properly decontaminated prior to construction of the housing estate.

We know that local authorities have been under unprecedented levels of pressure for some time. Their budgets have been cut year on year, resulting in reduced staffing levels. Demands on their resources, mainly driven by health and community care, keep increasing. They are also expected to generate revenue by capitalising on their land and assets. And their planning departments are becoming an increased focus of attention from central government. The absence of the necessary resources and expertise, places many local authorities in an unenviable position. And to an extent, one must have some sympathy for their situation.

But, and it’s a big BUT, paying lip service to Part 2A of the Environmental Protection Act 1990, is a recipe for disaster. This statutory guidance, for dealing with contaminated land in England, was revised in 2012. It exists to deal with the nastier side of our industrial legacy. The guidance is intended to explain how local authorities should implement a regime, including how they should go about deciding whether land is contaminated land in the legal sense of the term. It also elaborates on the remediation provisions, such as the goals of remediation, and how regulators should ensure that remediation requirements are reasonable. As East Cambridgeshire District Council found to their detriment, failure to remediate contaminated land correctly cost them dearly in the case outlined above. They were ordered to remediate all the garden areas at their cost and suffered financial penalties imposed by the ombudsman. But the residents of the housing development suffered far greater hardship. Their homes were unsaleable; they couldn’t remortgage, they couldn’t enjoy their gardens and suffered stress and anxiety due to uncertainty about the levels and effects of the contaminants.

The National Planning Policy Framework (NPPF) makes it clear that local authorities have a responsibility to ensure all land is suitable for development. It places the onus the developer or landowner to ensure it is safe to develop. If local authorities have concerns about contamination from former use or other causes, this should be thoroughly investigated and remediation of the land should be made a condition of planning consent.

In the example that alleged a local authority was aiming to shift contaminated land conditions onto building control, it is worth pointing out that while building control regulations Part C1(2) states: ‘Reasonable precautions must also be taken to avoid danger to health and safety caused by contaminants on or in the ground covered, or to be covered by the building and any land associated with the building’, this does not necessarily satisfy the requirements of the NPPF.

You can see that a trend is emerging throughout all this. Navigating your way through all the respective planning policy and statutory guidance, where contaminated land is concerned, is not for the feint hearted. There are grey areas at one end of the spectrum and at the other levels of detail that require a specialist knowledge of contaminated land. Sadly, due to financial constraints, many local authority planning teams have lost the people with that specialist knowledge or cannot afford to employ new ones. And although in many cases, through no fault of their own, this lack of experience and knowledge means the officials who must make the key decisions on what conditions to apply, are sometimes ill equipped to do so. The danger is, as already referenced, is planning teams will look for ways to, circumnavigate Part 2A and vital conditions could be overlooked.

Another development worthy of note happened at the end of January 2018. The Chief Planning Officer, launched a consultation as part of wider revisions to the National Planning Policy Framework. These revisions are linked to the Chancellor’s announcement in his Autumn Budget that planning reform is required to address the chronic shortage of housing in the UK.

The consultation exercise seeks views on prohibiting the imposition of a pre-commencement condition on a grant of planning permission without the written agreement of the applicant. But the proposed regulations (S100ZA of the Town and Country Planning Act 1990) would also remove the obligation for local planning authorities to obtain the written agreement of an applicant when: the local planning authority (or Secretary of State) has given notice in writing to the applicant that if planning permission is granted they intend to impose the pre-commencement condition specified in the notice, and if the applicant does not provide a substantive response to the notice by the date specified in the notice.

So, what are the implications? Firstly, for good, it means developers won’t get the nasty shock that planning conditions have been applied to their application by the local authority when the initial consent drops through their letterbox. Having prior disclosure means more time for discussion and agreement on resolving issues that otherwise could be the subject of a lengthy appeal.

If contaminated land is the issue, it will allow developers to get expert advice and a report from professionals in this field, such as Ground & Water. This is the only way to persuade your local authority that the problem will be resolved in accordance with planning policy or Part 2A statutory guidance.

On a not so positive note, this change to the Act means the Minister for Housing can prevent local authorities from imposing planning conditions. And while these powers appear to be very limited, the fact they are being sought means the government probably intends to use them in the short term. We hope that the powers will not be used to ride rough-shod over contaminated land conditions. The fallout, if powers were used to fast track a major housing development, could affect thousands of people if a situation such as the one that affected East Cambridgeshire District Council was repeated.

If you need any help or advice with planning conditions, related to geotechnical or environmental issues, give Ground & Water a call.